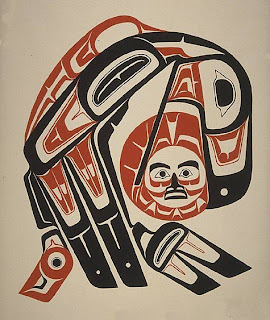 Raven Stealing The Sun by Ken Mowatt
Posted by Smoke Feathers at 8:26 am No comments:

Who is going to the Secret Garden Party?

We are dusting off the van and the official Smoke Feathers TM band tent, stocking up on Liberation Theology singles and heading up to the Secret Garden Party next weekend for our second big festival of the summer, hoping to build on the success of a string of barnstorming shows at Glastonbury. We'll be playing on the Living Room stage on Saturday 23rd July around 9.30pm so please come down and support us if you are going. We are also hearing that Bear and friends from the Vibes and Pressure crew will be there, playing on the Friday, so get in touch on Facebook or Twitter if you are coming and let's get together for some true V+P positive vibrations. 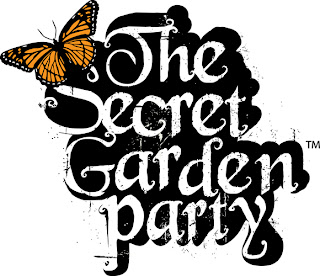 Posted by Smoke Feathers at 5:52 pm No comments:

Natty's Vibes and Pressure is building

It was a true blessing to be part of Friday night's Vibes and Pressure event at Passing Clouds. Crawling in at 4.30am, after navigating London's buses and drunks from Dalston to south east London, I couldn't stop smiling and, with the sun already burning up the sky, I struggled to get to sleep. It wasn't just being able to play on the night - getting a late call to do some acoustic songs upstairs to plug the Liberation Theology single - and then to find myself with Natty and Bear leaping on djembes to give it some heavy groove. It wasn't just jumping in on the transcendental drum workshop with Ras Lawi at the start of the evening. And it wasn't just seeing a fiery, conscious and powerful Aruba Red live for the first time, or being part of a heaving crowd singing along mesmerised as Natty tore up an acoustic wig-out of the awesome Gunman. Not even reggae legend Dawn Penn on stage at 2am or Ayanna Witter-Johnson blowing it up with a cello and her incredible voice. All these things on their own would have made for a great night out for anyone who loves music. But Vibes and Pressure is something more than a guaranteed great night out. Natty has been organising these events and carefully nurturing this community for years, building a movement of like-minded souls who believe in the power of music and of coming together to learn from, and support, each other. It takes its roots from Rasta culture but has a place for everyone of peaceful persuasion and open mind. It has blossomed into something special. A place where you can watch Bob Marley's guitarist play but also where you can take part in free debate with Cord the Seeker. A place where strangers are soon friends. The V+P nights are shows where the people in the crowd (of all ages and from all walks of life) are not just fans but part of the crew. Long may it continue to grow and long may it attract new faces and inspire others. See you at the next one, people, with love in my heart. Treasure this, support these events and together let's make this movement stronger. One Love.

Posted by Smoke Feathers at 3:14 pm No comments:

We are headlining a free Musicborn night at 93 Feet East on Monday July 11 to celebrate the successful launch of our debut single Liberation Theology. We are on stage from 10pm, bringing an end to a month-long residency at one of London's best-known venues. We have made many new fans and discover lots of great new artists during our stay on Brick Lane and plan to go out in style, so let's make this a big one. We will be playing songs from our forthcoming Liberation LP, due out later this year, and a few newer tracks that we hope will form the backbone of the next album. The night is really to say a big thank you to everyone who has bought the single and recommended it to their friends. It's been unbelievable to get so much support for a first release. We are planning some exciting new projects for the summer and beyond, so stay tuned and spread the word. 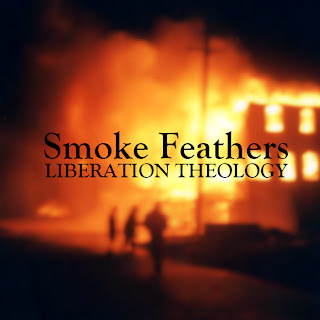 Posted by Smoke Feathers at 7:20 am No comments: