We embarked on our first band trip to the Glastonbury festival in June this year and were lucky enough to play six shows across the site over the weekend. It was an amazing experience and we were grateful to have a few friends there with us there to record some of it. We will never forget what a great weekend it was and what a privilege it was to be part one of the world's greatest arts festivals. It's a real blessing to have a record of it too, so thank you to those who filmed for us - you know who you are! We are going to be posting live footage of our final gig of the weekend, Sunday's barnstorming set at the Tadpole Stage in the magical Green Futures field, over the next few days. The first video is a song called Freedom To Choose. Hope you like it! 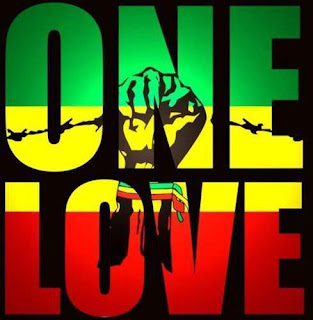 It was not only the awful events we have seen that have made this a week for condemnation and some serious reflection. The riot of foolish and hot-headed responses that have flooded newspapers, the airwaves and social networking sites has also been haunting me. I've been ashamed to see even my own peers spitting bile devoid of reason, love and wisdom. If we are seriously interested in making life in Britain better, safer and fairer for everyone as well as ourselves, we need to look beyond the necessary punishment of those guilty of the thuggery and criminality of the past week and ask difficult questions about what is going on out there to make this happen and what can be done about it. That's not easy, because it ultimately will mean we all have to make a change. Society must recalibrate its values, root out prejudices and vested interests and reorder its priorities. There is, let's face it, sadly little appetite for that. Asking questions about the social, political and economic context in which events occur is not the activity of apologists, it is the activity of the intelligent. Unrest, no matter how it manifests itself, is always in some way an expression of deeper social problems, tensions and frustration. We should be worried that our government and some in our communities want us to believe that this unrest was the exception to that rule. Do not be fooled. Britain, like many other countries, is a nation still deeply divided by race and wealth. This has been brewing for years and it will bubble over again unless we all show a willingness to make society fairer. What can us small fry do? Demand change. Demand better from our government. We need serious, sustained and open-minded solutions to inner-city deprivation, not token gestures, heavier policing and cuts to youth services and education benefits. There is of course much for the communities themselves to do, but they need help - and the right kind of help. We need a greater willingness to let go of some of our own privileges so that others can rise. A fairer playing field. A chance. We are either a nation of brothers and sisters or a wasteland of strangers and rivals. Fixing this is possible, if we want to fix it. We have come so far, why leave so many behind us? It will only come back to bite us. Let's take this opportunity to change our own lives for the better. To do the little we can to change the bigger picture. If money, fear or greed is in anyway your god, upgrade it to kindness. Reflect, don't lash out. Reach out, don't build walls around you. Love, don't fear. Give, don't hoard. If there is someone you know going astray, place a steady hand on their shoulder. Talk to the kids, hear their grievances, don't cross the street. Forgive, don't seek vengeance. Set an example. Be brave. Love spreads. If governments and corporations continue to refuse to take responsibility, if they refuse to accept there are deep flaws within their long-term economic policies and the way they selectively manage our communities, if our millionaire ministers don't want to see that there are obviously simple and cheap ways to make the situation better, we can still all act. Each of us. Don't let the lessons from this week fade unheeded. Don't be the lynch mob. Be part of the solution. Love is a powerful force. Be a force in your community. Be love, and peace will follow. Speak out for love. We urgently need more voices. Maintain high pressure. Organise.
Posted by Smoke Feathers at 6:07 pm 1 comment: